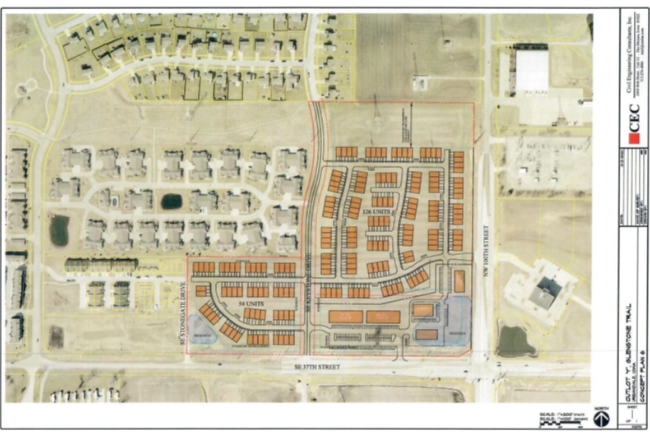 This investment includes a 30-acre site located in Grimes, Iowa, under development by Glenstone Developers, LLC (Glenstone). Grimes is the second fastest-growing suburb of Des Moines and has experienced an 80 percent population increase since 2010.

The 30-acre site, located off a new major interchange, will be developed for two uses: 180 townhome sites (20 acres) to be sold to a major home developer; and commercially zoned property (5 acres) to be sold to Fareway Stores, a large, Midwest regional, 129-store grocery chain, operating in six states, with 12,000 employees. Fareway Stores, headquartered in Iowa, is family-owned and a Top 10 employer in the state.

The townhome sites have been presold and are under contract. The commercial property is under a Letter of Intent, with a Purchase Agreement to be completed subsequent to closing.

The Greater Des Moines Metro Area is the fastest growing major metropolitan city in the Midwest, with a 16.5% population growth over the last five years. Residents are moving to the area due to a lower cost of living; the positive financial position of the State; and a robust job market. Many companies are also moving to the area based on its reputation as a friendly location for conducting business and raising a family.

Amazon has recently completed construction of a new distribution center in Grimes. The area is bustling with new construction projects, many fast-food restaurants, new retail outlets, and the recent completion of a large Menard’s hardware store. Also, John Deere has a major facility located a short distance from the site.

Other factors contributing to the rapid growth in Grimes are a good school system, and proximity with convenient transportation to the Des Moines Metro Area.